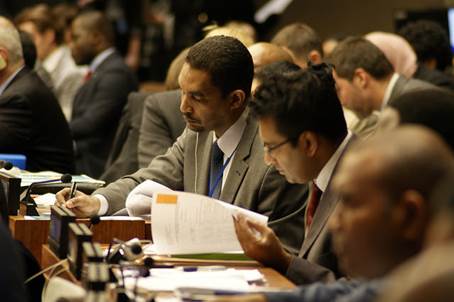 Diplomats at the UN First Committee prepare to vote on the resolution convening negotiations on a nuclear ban treaty. Credit: Xanthe Hall, ICAN