As everyone is getting ready for the seventy-fourth session of the UN General Assembly, kicking off this Tuesday (the high-level General Debate will start next week) as well as the beginning of the 2019 Rugby World Cup, here is the programme for this week.

The second and last preparatory meeting for the Fourth Review Conference of the Mine Ban Treaty is taking place on Wednesday at the Palais des Nations (room During the meeting, delegations will discuss the key documents ahead of the Review Conference, including a draft review, a draft action plan and draft elements for a political declaration, as well as proposed decisions on the Convention’s machinery and meetings.

Also on Wednesday, UNIDIR is hosting an event on Weapons of Mass Destruction Compliance and Enforcement (from 10am to 1pm, Palais des Nations, room XXIV).

On Thursday, UNOG, Interpeace and the Geneva Peacebuilding Platform will hold the seventh edition of  the Geneva Peace Talks (Palais des Nations, room XVIII) and during which speakers will share their personal stories and experiences, to highlight their efforts to promote trust.

Meanwhile in Vienna, Member States will meet for the sixty-third session of the IAEA General Conference from 16 to 20 September. Follow #IAEAGC for live updates on Twitter. 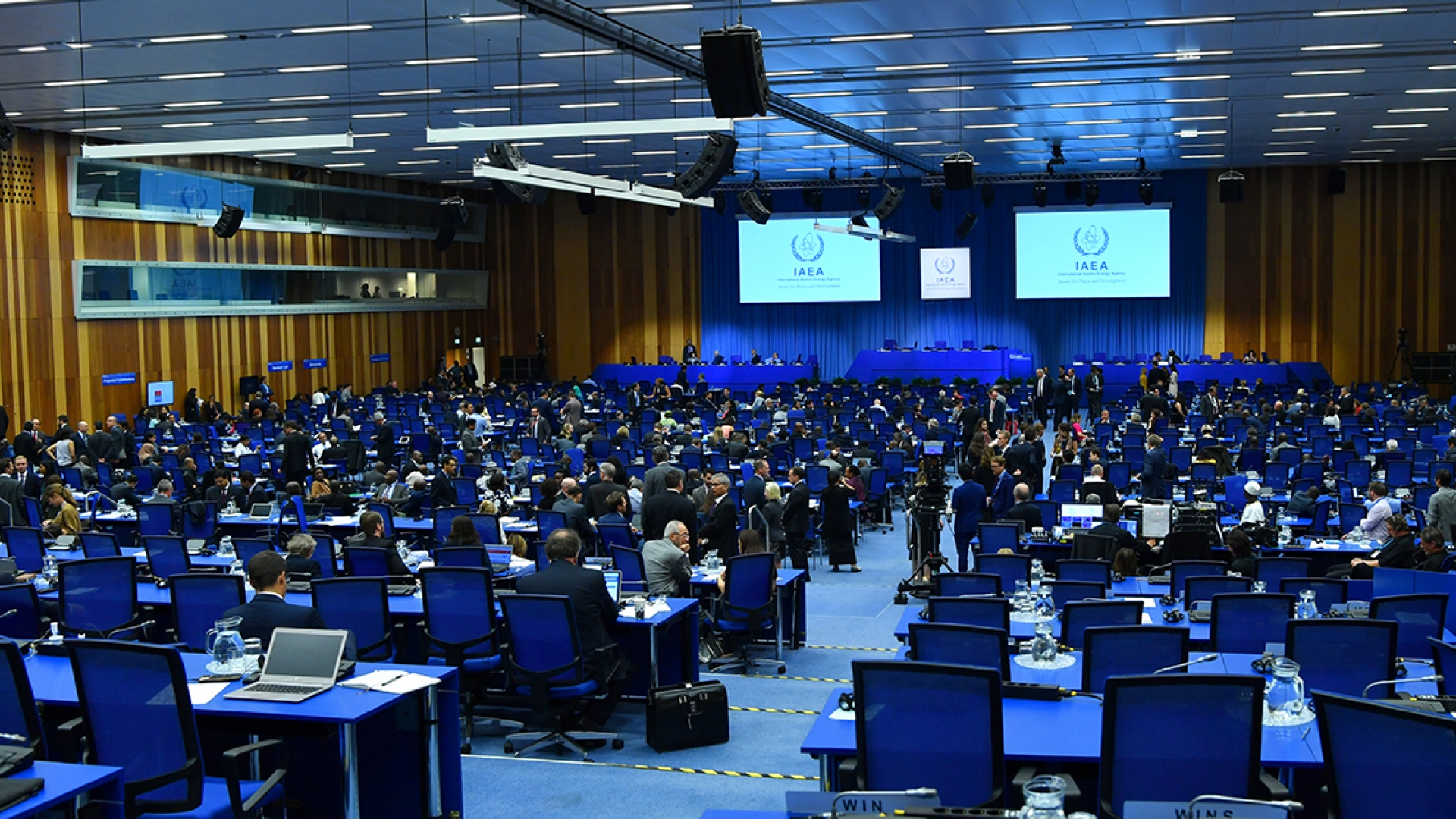